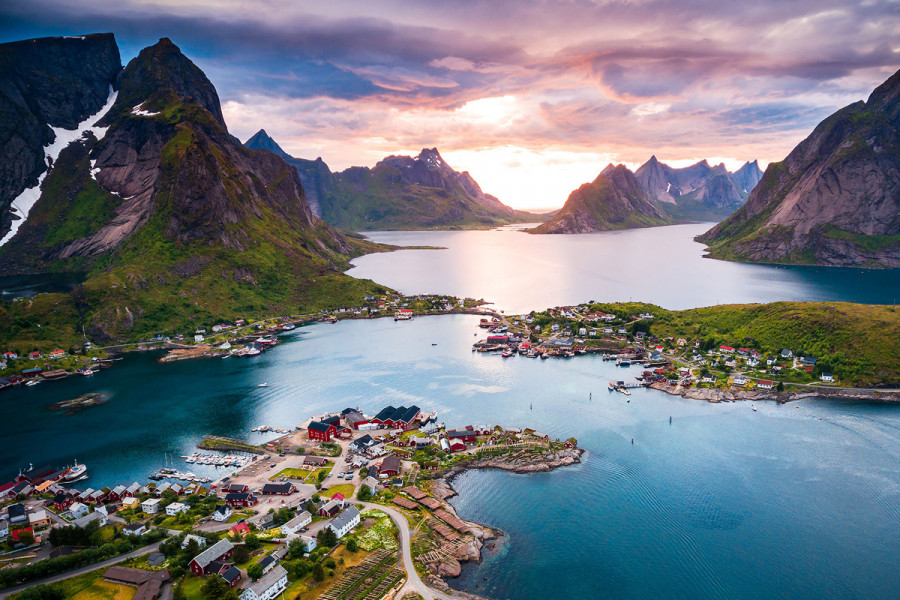 I want to receive new articles by email
Norway chooses ecology over profits
By Jerry Brownstein
Western Europe’s biggest petroleum producer is falling out of love with fossil fuels. To the dismay of Norway’s powerful oil industry, the government has withdrawn its support for offshore oil exploration around the sensitive Lofoten islands in the Norwegian Arctic. A solid majority of the parliament has decided to keep this pristine natural area off limits to drilling. Oil companies led by state-controlled Equinor ASA, the biggest Norwegian producer, said that gaining access to Lofoten had been crucial if the country wanted to maintain production, as existing oil fields are being depleted. Estimates suggest that as much as three billion barrels of oil could be found in the seas around this archipelago. That would create a huge economic benefit, but it would be at the cost of destroying an area that many scientists consider to be a true natural wonder.

Environmentalists and others concerned with global warming are ecstatic with this decision, but it did not come as a complete surprise. Popular opinion in Norway has been trending in an ecological direction for some time. Growing concern over climate change has caused people to question their support for what has been the country’s biggest export and source of wealth for several decades. Many oil executives felt this trend and feared that they might not gain access to Lofoten. Now they face an even bigger threat to their business as some in the government are even questioning whether drilling should continue in the Barents Sea.