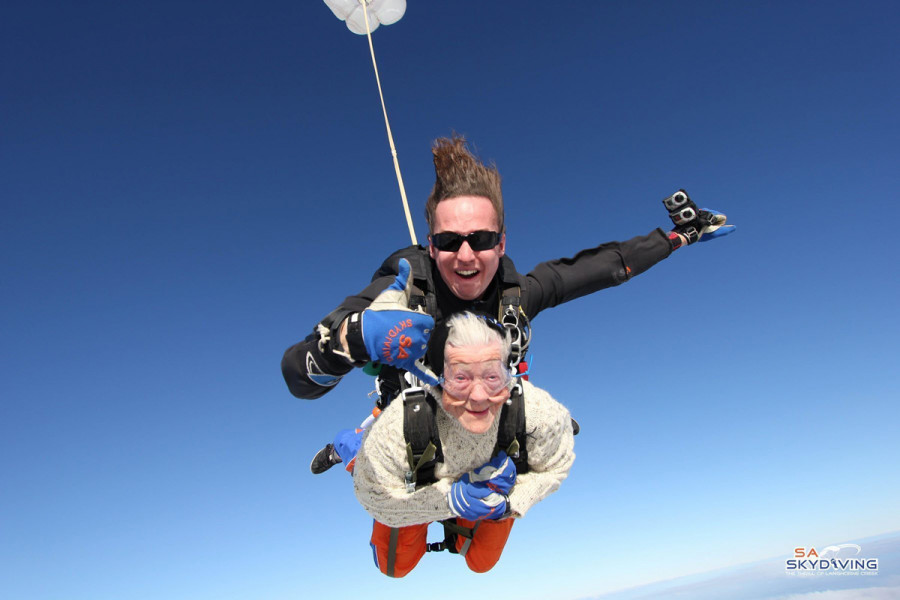 Fairy tales can come true… if you’re young at heart

I want to receive new articles by email
A 102-year-old woman skydiver
By María V. R.
Breaking stereotypes about old age, 102-year-old Irene O’Shea of South Australia has created a new world record by becoming the oldest skydiver in the world. Age and altitude are nothing but numbers for this extraordinary woman. She chose to celebrate her birthday by going skydiving for a local charity - a yearly tradition that she has followed since turning 100.

As in years past, the centenarian dedicated her fearless jump to her late daughter, who died from Motor Neuron Disease (MND). O’Shea has since partnered with the MND Association of South Australia to raise awareness and funds for the cause. A video of Irene jumping has gone viral on the internet, and has garnered reactions from all over the world. Ms O’Shea is an inspiring woman who is living her life to the fullest. She has received universal acknowledgement for creating a new benchmark for strength and willpower at any age, and for motivating numerous senior citizens to pursue greater physical challenges.