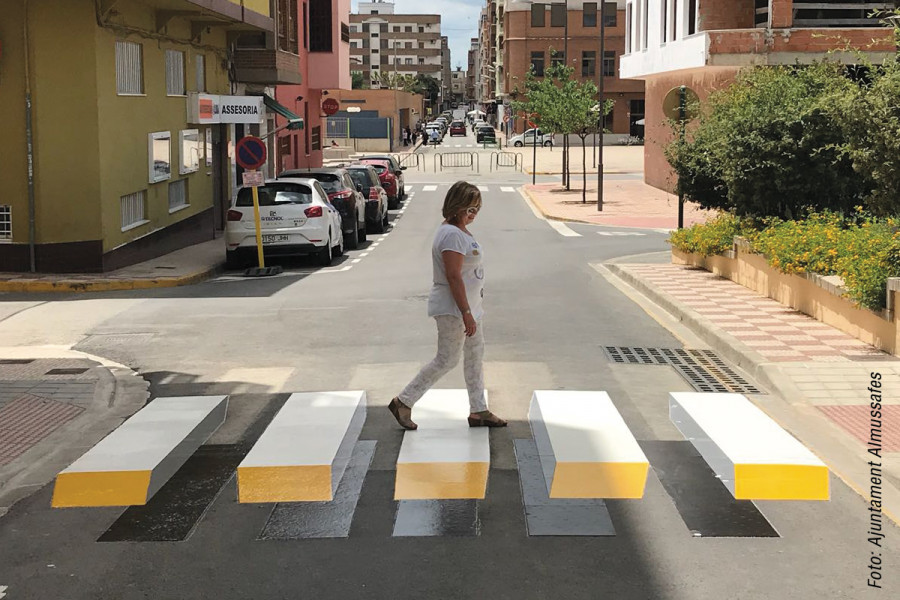 Getting drivers to pay attention with a 3D illusion

I want to receive new articles by email
3D road crossings in Spain
By María V. R.
Setting a trap for our brains is one way to control traffic. In 2017 a small Icelandic town tested the effect of optical illusions on road safety. They painted a crosswalk in 3D so that it looked like it was floating in the air. Drivers instinctively stopped because it looked like they would hit a solid wall. This idea has come to Spain, and Valencia now has the country’s first three-dimensional hot-melt crosswalk. This 3D step has been installed on one of the streets with the highest traffic of vehicles and pedestrians, near the Health Centre and the Cultural Centre. The Spanish company TECNOL produces this revolutionary product that makes it look to drivers as if they are approaching solid blocks.

This cutting-edge technology aims to achieve an improvement in road safety for both pedestrians and vehicles. Similar three-dimensional steps had previously been tested in Chile, Germany, India, Russia, China and the Castellón town of Vila-Real. However, this is the first one in Spain that incorporates a hot-melt system which is more durable, non-slip and with greater adhesion capacity. The municipality will analyze the results obtained to assess whether this type of zebra crossing will work in other parts of town.