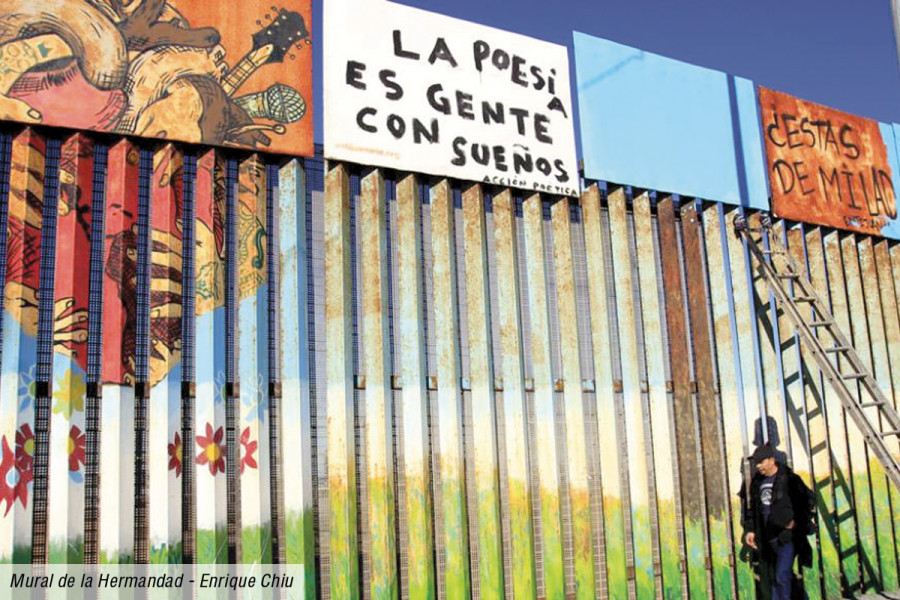 I want to receive new articles by email
Artists protest Trump’s border wall
By Jerry Brownstein
As the Trump administration (US) pushes forward with plans to build a comprehensive wall on their southern border, American and Mexican artists are using their talents to paint a brighter picture. Mexican-born, American-educated artist Enrique Chiu is leading this effort to turn the xenophobic fence into a work of art that spreads a message of hope. He launched The Mural of Brotherhood by enlisting more than 2,600 volunteers to paint uplifting messages on the Mexican side of the existing US fence. Their goal is to paint a mural celebrating peace and unity that will stretch over 10 km on the border fence. This would set the Guinness World Record for the world’s longest mural, which would bring attention to this artistic answer to Trump’s anti-immigrant policies.

Chiu crossed this border with his mother when he was eight, and they lived in Los Angeles without a legal status. After moving back to Tijuana, Mexico he joined that city’s burgeoning artistic scene. He dedicates this project “to all those people who are looking for a better life... who take enormous risks... and those who have been deported and are separated from their families.” In another artistic protest of the Trump policies, the French street artist JR created a massive art installation on the Mexican side of the US border wall. His creation looks like a giant child peering over the fence... looking hopefully across into the United States. 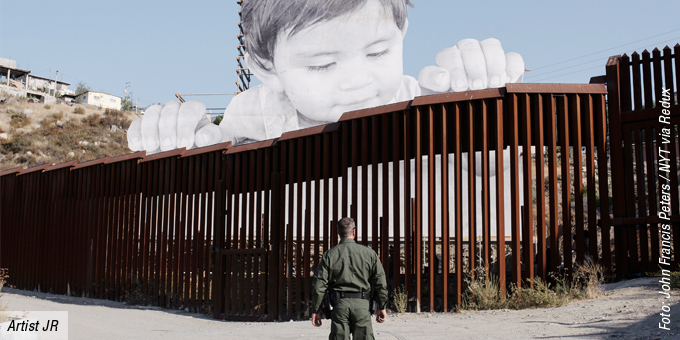 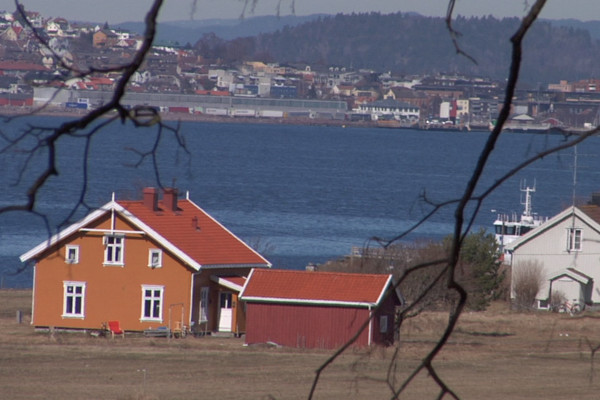 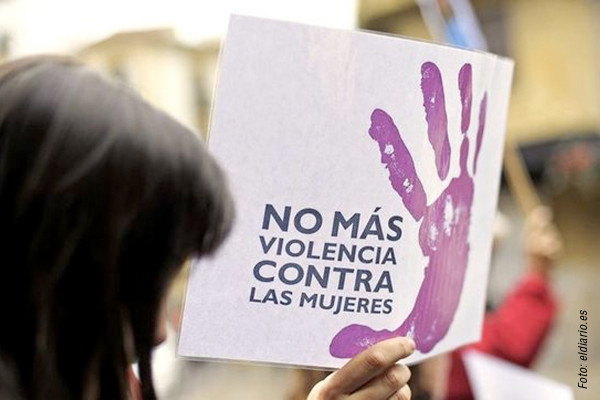