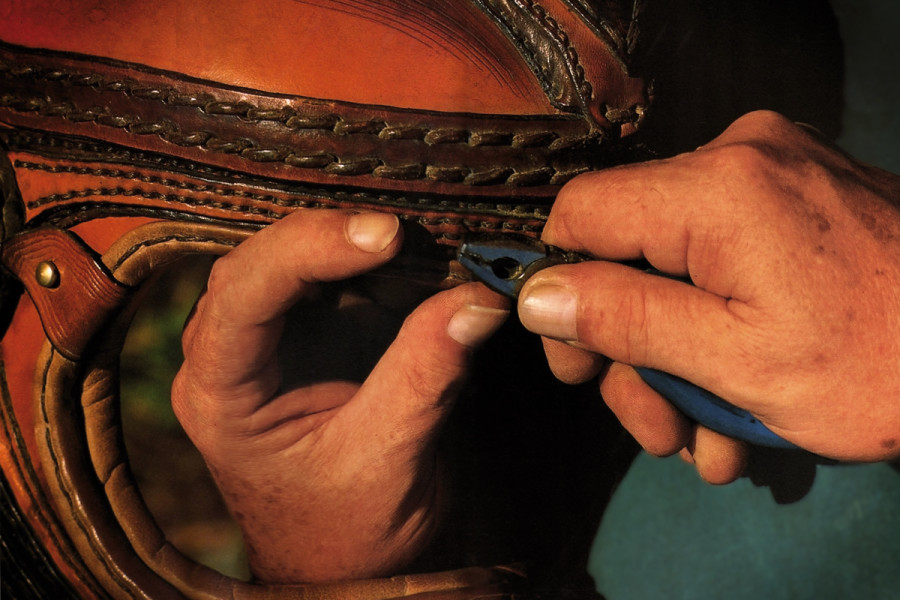 I want to receive new articles by email
Selim - Creating Art With Leather
By Krishna Dias
Selim is a magician in his ability to create beautiful art with leather. In his youth he travelled through many countries, but it was in Ibiza that he found his true home, and the inspiration for his unique work that is so rich in detail. His art can be found in prestigious collections throughout Europe, Japan and the US. He has lived on the island for almost half a century, and can bear witness to the very special early days, and the effects of the many changes since then. So to celebrate his “Golden Anniversary” with Ibiza, he tells us a little about his work and life experiences on the island.

Why did you come to live in Ibiza?
When I was young I lived and worked in Madrid, but that was not the life for me, so I decided to try Ibiza. When I saw the island from the plane I fell in love immediately; something told me "Here is the place". It was the time of the hippies and I loved it!

What was the island like then?
It was very provincial, very quiet... there were almost no paved roads and few people lived here. It was like a large garden with no fences. There was little money, therefore there were few thieves, and the ones who stole were immediately excluded from the community. There were very few police – only two civil guards in San Juan – because it was not necessary. Everything was on a more human scale, easier to live. Naturally, the island was different for us than for the local people who had always lived here. For them Ibiza was a geographical and mental limitation, and it was rare for one of them to leave the island. But for us it was a wonderful return to all that had been lostin the outside world... but then the outside world came here...what can we do? It’s human nature. 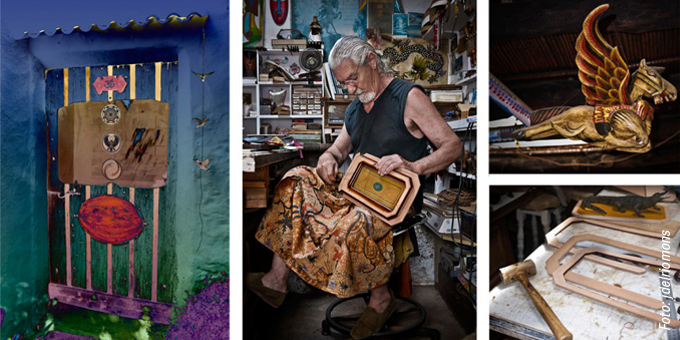 What else attracted you to the island?
This was a very simple and open society. Life was calm, unhurried, and you could live with little but never lacked what was necessary. There was better communication; everyone knew each other, they helped each other. Some had their differences as everywhere, but everything was solved calmly, with diplomacy. Today that has changed in many ways. Change is the nature of everything, but the character of the island has suffered.

According to your vision, how did this change begin?
Somehow I think that the arrival of those of us who came here had a great impact, because we brought with us needs, customs and other things that changed the environment. Later came the greed of capitalism and money which modified everything even more. Little by little the society lost its real values.

What is your special place on the island?
Fortunately it's my house in Benirrás. As time passes I have less need to go to other places because here I am in peace. When I go out the roads are dangerous, and there are more cars than people. Things like that make me feel that it’s better stay at home! 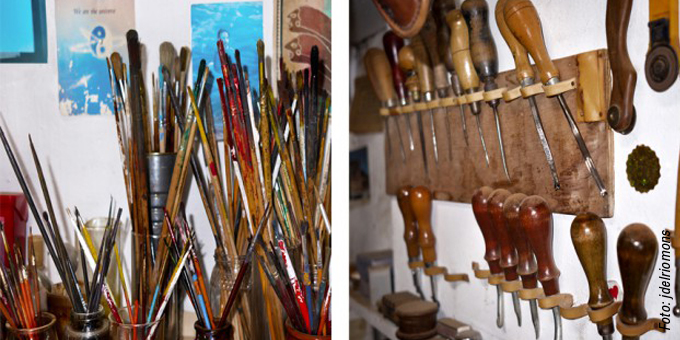 You are you Spanish, but your name is Arabic?
Selim is not the name that appears on my legal documents, but I have been called that for many years. I received this name when I was in the South of Algeria. I noticed that people always repeated the word “selim” in conversations concerning me, so I asked what it meant. They saidit means unscathed or unharmed. I said to myself "that's my name!", and since then everyone calls me Selim... even my mother!

You have an impressive talent for sculpting leather, tell us how you started creating such special pieces.
A friend of mine asked me to help him to make an order of some bags and I liked doing it, so I bought tools and leather and I went to work. Later I met Gerhard, a very popular character for his personal and original style. He did some things with leather that fascinated me, so I befriended him, saw what he did, and learned how to really work with leather. I loved the material for its great versatility and nobility. It is one of the materials that humans have used on the road to civilization.

Tell me about your work, and where we can see and purchase it.
Basically my pieces are both aesthetic and functional - decorative but also useful in our lives. I have also made interesting pieces of furniture. Now that I am retired, I have my personal collection at my home. But for orders you can contact me through my website "selim.es". This year, which marks 50 years of my history with the island, I had an exhibition at the end of September at the Club Diario de Ibiza to show my personal collection. 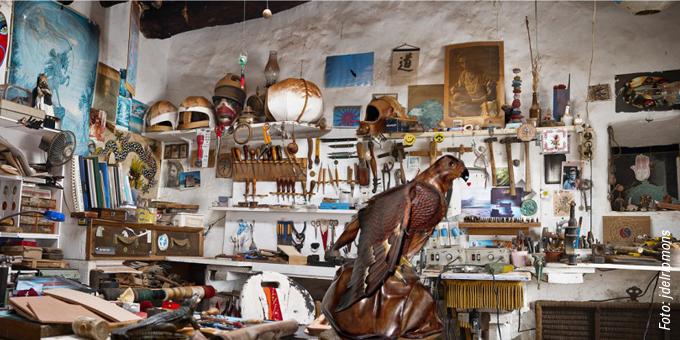 Is there something you do not like about Ibiza?
Well, just as I do not like some things about myself, there is always something not perfect in all things... this is part of life. I understand that when you are poor you want to be rich, but what I do not understand is that when you are rich, you want to be richer. Over the years you see things you do not like but you have to accept that life is like that. Better to avoid judgments... each one has his truth and opinion.

And what do you like most about the island?
The climate, the people, multiculturalism. I like sitting at a table with people speaking many different languages. There is still a feeling here that nobody is better than anyone else... I like that a lot.

What message would you like to leave here for everyone?
Whatever you do, let it be done well... be a good neighbour and respect the island. Those are the things I think are basic.