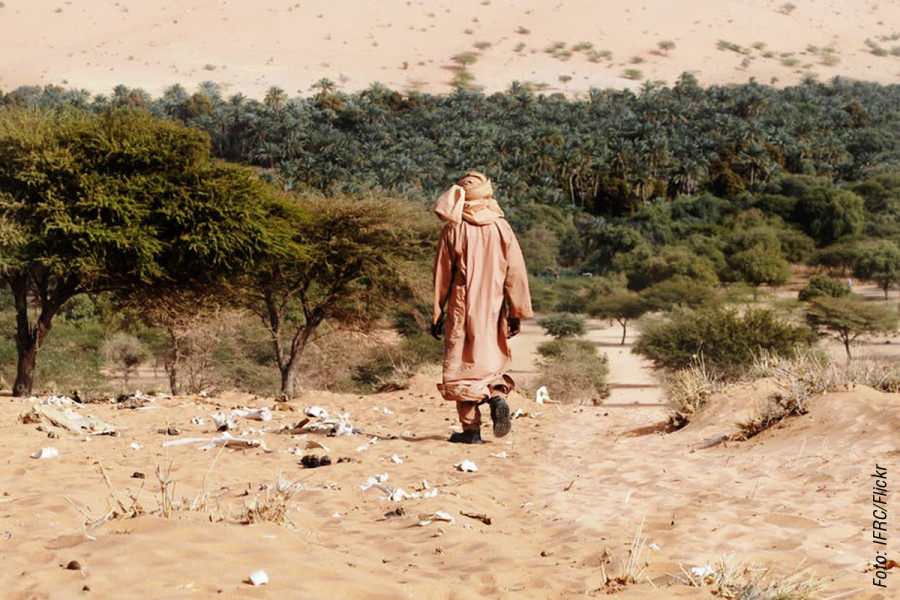 Surrounding the Sahara with trees

I want to receive new articles by email
Great Green Wall of Africa
By Jinny Throup
In an attempt to help fight the effects of climate change, over 20 African countries have joined together to plant a massive wall of drought-resistant acacia trees across the continent. Nicknamed The Great Green Wall of Africa, this international tree planting project stretches across roughly 8,000 kilometres of arid land along the southern edge of the Sahara desert. For centuries this had been an area of lush greenery and foliage, creating a green border that stopped the desert from expanding. But over the past fifty years, a combination of population growth, unsustainable land management and climate change has rendered the land barren and degraded.

The Green Wall Project was launched in 2007, and even though it is only about 15% complete, the impact on participating countries has already been dramatic. In addition to the obvious huge environmental benefits, the restoration of the landscape has caused many groundwater wells, that had been dry for decades, to once again fill up to provide a source of fresh, clean water. The necessity for massive tree maintenance has created thousands of new jobs which greatly benefits the economies of the area. In addition, the green areas and new water sources have increased crop yields, so there is much more food available for these poor populations which had often gone hungry in the past.