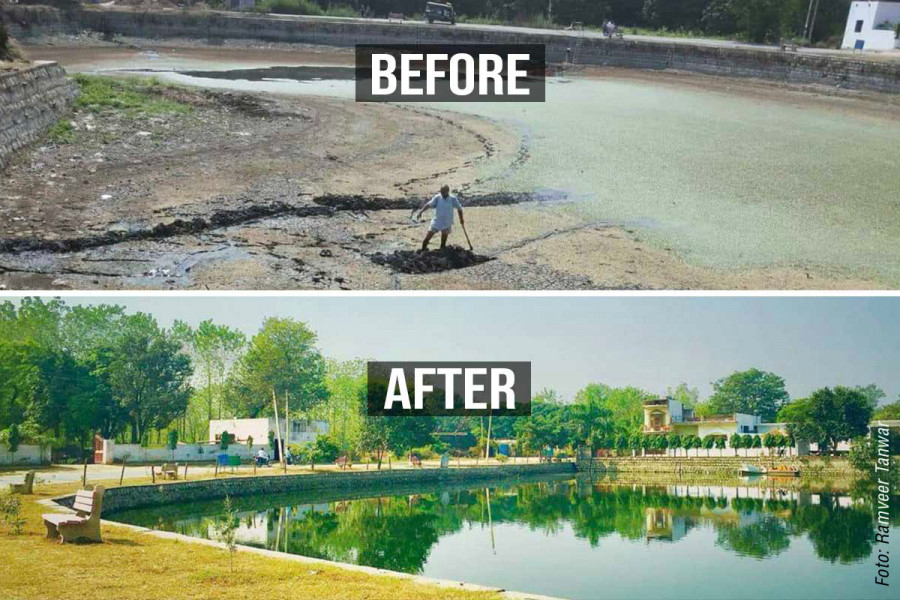 It takes a village…

I want to receive new articles by email
Natural restoration of lakes in India
By María V. R.
In 2013 Ramveer Tanwar had just finished his engineering studies at university, and he turned his attention to the unfortunate environmental situation of his native village in the Indian state of Uttar Pradesh. The region had experienced 13 droughts over a 15 year period, with the result that all the rivers and lakes were either dried-out or polluted. Ramveer decided to take action by going house to house raising awareness among the residents about this critical situation. He organized the villagers to come together on a weekly basis to study the problem, and they came up with a plan to resurrect the lakes and rivers of the area.

They began by planting trees around the perimeter of the water to protect the banks, and then installed double water filtration systems made of natural wood and grass. In just five years Ramveer and his team were able to revive ten lakes throughout the region. His amazing work has created a guideline for the conservation of the environment in more than 50 other villages. The government of Uttar Pradesh has established conservation groups called “Groundwater Armies” in each district of the state, and have hired Ramveer as the program’s coordinator.