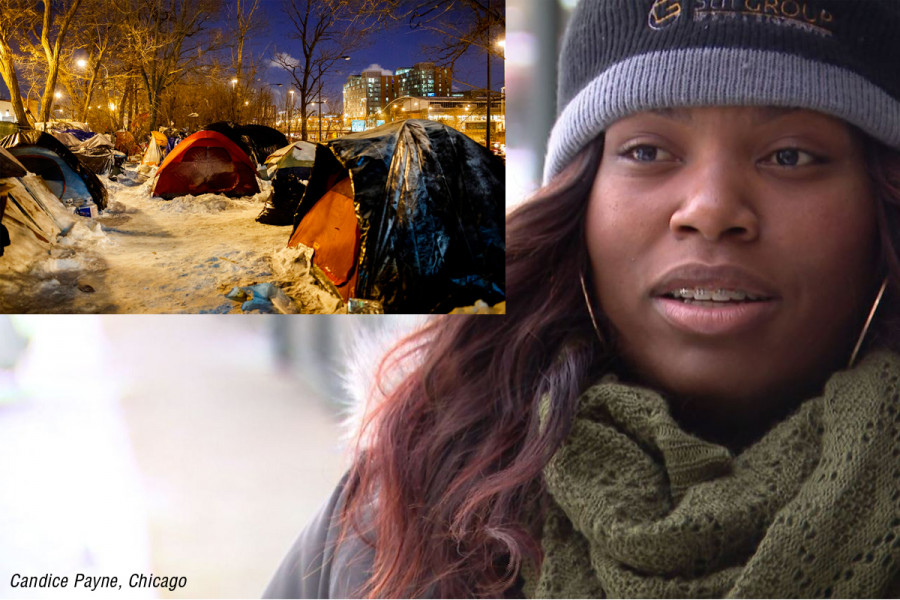 We can do wonders when we come together

I want to receive new articles by email
Good Samaritan arises in frigid Chicago
By Jerry Brownstein
In a story that has warmed the hearts of many, Candice Payne is being hailed for her act of kindness that snowballed into a bigger effort which helped Chicago’s homeless keep warm during the Arctic Polar Vortex last winter. This odd weather event sent temperatures plunging to record lows of -40C. The Salvation Army Charity had set up a makeshift camp to help protect the homeless, but it was closed when one of the gas tanks blew up. Ms Payne saw this on the news and realized how potentially deadly the sub-zero temperatures would be for these people who had nowhere to go. She immediately called and said that she would pay for 70 of the homeless to stay in a hotel until the polar vortex had passed. She not only paid for the hotel, but also for passenger vans to ensure that they made it there safely.

Ms Payne then posted this on Instagram and the response was amazing. Donations came pouring in from all over, and hundreds more people were given shelter and food for the duration of that unusually cold weather. Ms Payne was interviewed after and said: “I am a just regular person. It all sounded like a rich person did this, but I’m just a working girl from the South Side of Chicago. Maybe people didn’t know how to start to help, so I’m glad that I was able to be the inspiration to give them that direction.” She went on to say, “I wasn’t thinking about creating something so big... I just acted on instinct to help as much as I could. After seeing how so many people from all around the world responded so beautifully, it gave me faith that good things like this are attainable. We can do wonders when we come together.”