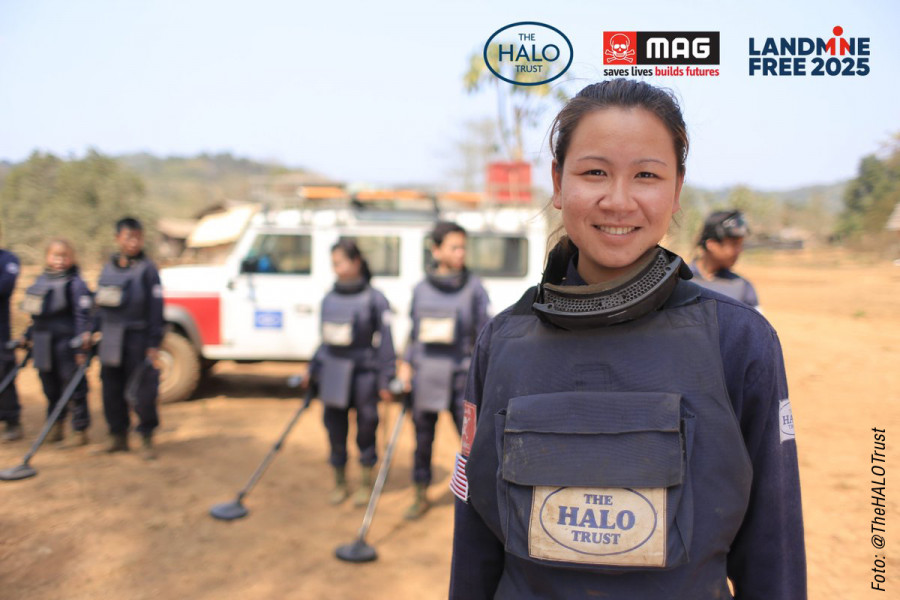 Women take on risky work to make their land safe

I want to receive new articles by email
Women help to clear deadly landmines
By María V. R.
Christine Kachataryan clears mines from a disputed territory between Armenia and Azerbaijan. She and her female colleagues are pioneers in a profession that is usually dominated by men. The conflict in this area ended in 1994, but it left an explosive legacy beneath the ground. The Halo Trust, a mine clearance organization which has been operating in the area since 2000, aims to clear all of the mines by 2020, both to prevent further accidents and to make the land economically viable. Women began working for this NGO in 2015. It came as a shock in this patriarchal society where most people believe that a woman’s place is in the home. Even sex-selective abortions (where female babies are aborted because they are deemed less valuable) are common in this backward country.

Now these women, who used to have much safer jobs, are helping their community by doing the extremely dangerous work of clearing land mines. They are risking their lives to create a safer future, where their children will be able to run freely in the meadows and people will live without fear of being blown up. Despite the hardships, this project is very empowering for the women, and the end is in sight as about 90% of the region’s minefields have already been cleared.