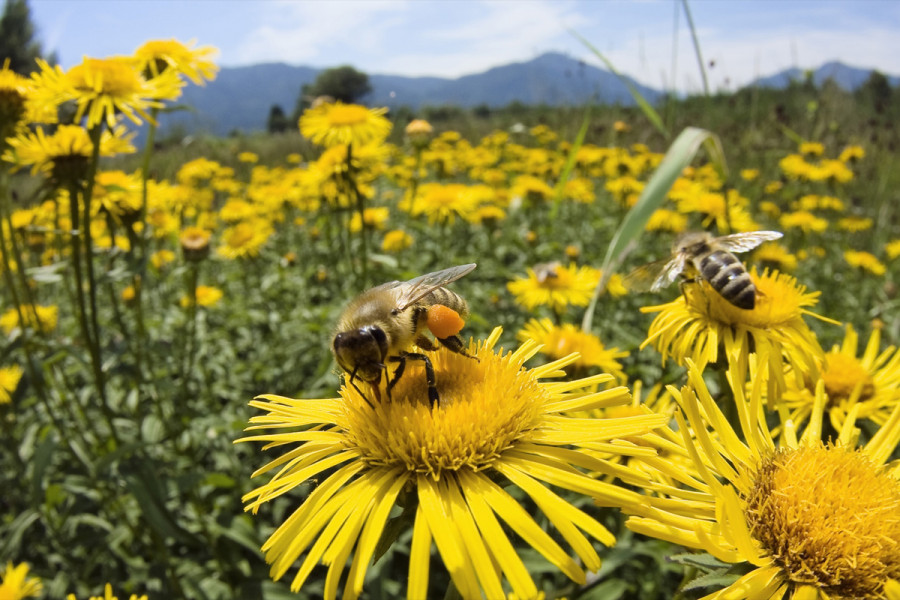 A return to ancient farming methods that nurture Nature.

I want to receive new articles by email
Traditional farming creates a wildlife haven
By Jinny Throup
An experiment using 13th century farming methods has transformed a stretch of the Welsh coastline into a haven for rare animals, birds and wildflowers. Four National Trust rangers along with 80 volunteers spent 12 months recreating a 13th century patchwork of fields that includes 2,000 metres of banks and hedges. The “strip field” farming method involved planting flower crops, including sunflowers, poppies, lavender and lupins, alongside more arable crops such as millet, wheat, oats and barley. Other nearby fields were uncultivated and remained as wildflower hay meadows with grasses and flora. This combination of crop choices and strip field farming successfully created “a pollinators’ paradise.”

A key advantage of the strip system is deflection of the coastal winds. This protects the crops and allows wildlife to forage in the sheltered microclimate created by the restored banks. The result is that the area now boasts an array of rare birds including the grasshopper warbler, common linnet and hen harrier. In addition, many butterflies that had not been seen for years are now returning to their former habitat. Given the success of this trial, it is hoped that similar strip systems can be replicated on large commercial farms.