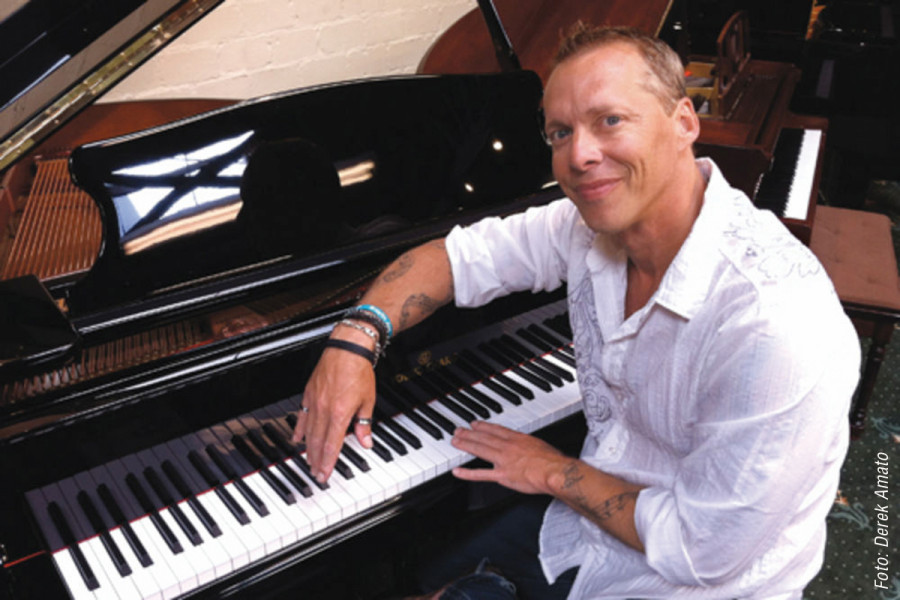 I want to receive new articles by email
Head injury creates a musical genius
By Jinny Throup
When Derek Amato suffered a major concussion after diving into the shallow end of a swimming pool, he had no idea how drastically his life was about to change. A few days after the injury Derek went to visit a musician friend, and Derek suddenly felt overwhelmingly drawn to his friend’s piano. He sat down and started to play, and even though he had never played the piano before, it was as though he’d been doing it his entire life. To both his friend’s and his own astonishment, he found himself producing a fluid melody that they had never heard before.

Derek reported that after the accident he had been seeing “blobs” moving in his peripheral vision, but he thought they were just a temporary effect of the concussion. When he sat at the piano those blobs solidified into black and white blocks in his head that flowed from left to right in a wave pattern. His fingers followed the movement of the blocks, and Derek realized that music had been writing itself in his subconscious mind ever since the accident. He allowed it to flow and kept playing for hours.

Neurologists have diagnosed Derek’s condition as “acquired savant syndrome” and say that the shapes he sees are a form of “synaesthesia” - a union of the senses that allows him to literally “see” the music he is composing. Apparently the knock on his head unlocked something which enabled him to use a previously inaccessible part of his brain.

Even though he was warned that this syndrome can disappear as quickly as it arrived, Derek left his well paid corporate job to concentrate full time on his music. He still cannot read or write music conventionally, so he uses special software to translate what he plays into musical scores. Derek says that even if his musical abilities suddenly deserted him: “I will have had this beautiful thing for however many years it remains... and it’s certainly an amazing ride.”