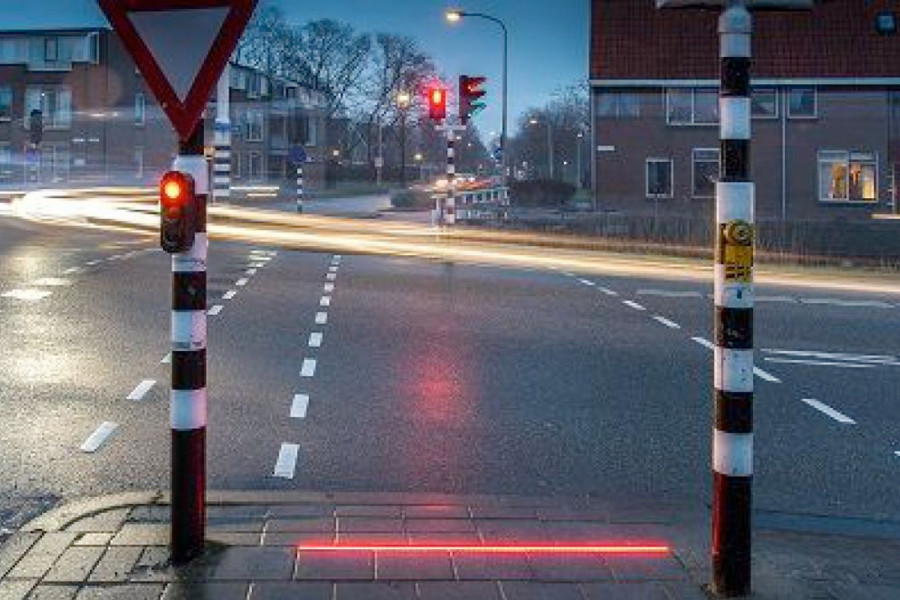 Smartphones are ‘Weapons of Mass Distraction’.

I want to receive new articles by email
Pavement lights for ‘smartphone zombies’
By Jerry Brownstein
The lights that signal pedestrians when to cross the street are no longer just at eye-level in several cities across Europe. In order to catch the attention of people looking down at their smartphones, these municipalities have installed LED lights directly into the pavement at several intersections. These light strips are designed to change colour to match traffic signals, and their purpose is to ensure the safety of ‘smartphone zombies’, who are so addicted to their phones that they rarely look up.

This aspect of smartphone addiction has become quite a problem. In 2017 over 250 pedestrians in Spain died in crosswalks after failing to heed red lights; and those numbers continue to grow in all developed countries. Many of those deaths are attributed to the distraction of smartphones. The pavement lights are being used on a trial basis at various cities in Germany, the Netherlands and here in Spain. It is hoped that they will increase safety, but critics point out that they are merely rewarding irresponsible behaviour by the ‘zombies’.