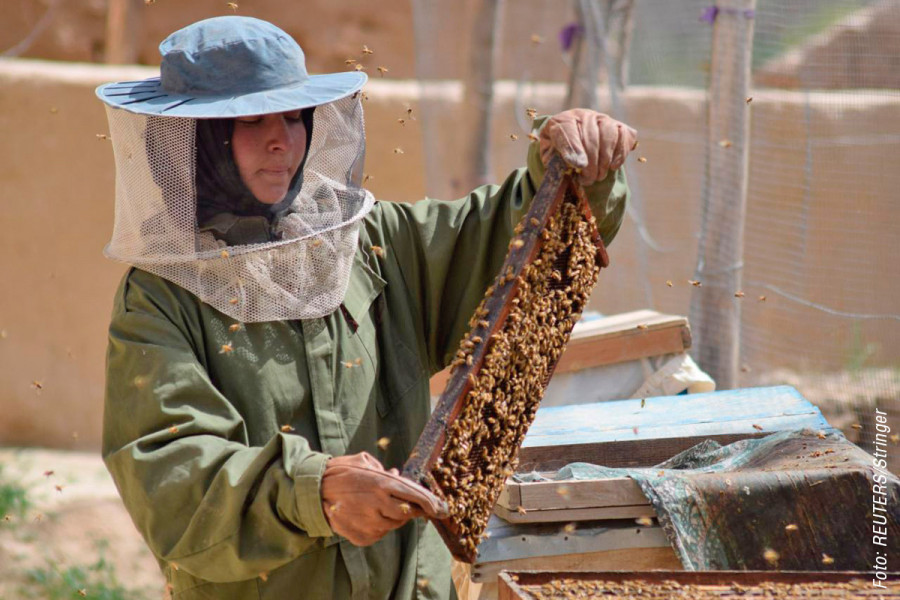 Progress and profits for a young women in Afghanistan.

I want to receive new articles by email
Afghan girl creates a ‘sweet’ business
By María Vila Rebolo
In war-torn Afghanistan honey is regarded as a traditional cure-all, but for a 19 year old girl named Frozan, honey has allowed her to create a business in a country where very few women are able to do that. Three years ago she obtained a small loan to buy two beehives, and she learned about beekeeping through a non-profit organization called Hand in Hand International. In her first harvest she collected 16kg of honey which enabled her to pay back the loan and still have money left over. Frozan now has 12 beehives, and last year she collected 110 kg of honey which earned her 100,000 Afghanis (€1,200) in a country where GDP per capita is only about €500.

Every few weeks, Frozan's father takes the fresh honey to the provincial capital of Mazar-i-Sharif, more than 50 kilometers away, where it is sold to shops. Since the fall of the Taliban regime in 2001 the lives and status of women in Afghan society have improved significantly. But traditions, insecurity and a recent decline in international donations have slowed that progress. Only 37% of teenage girls are literate compared with 66% of adolescent boys. Frozan is an exception to this trend as she is already in her last year of high school and wants to continue studying economics to grow her business.