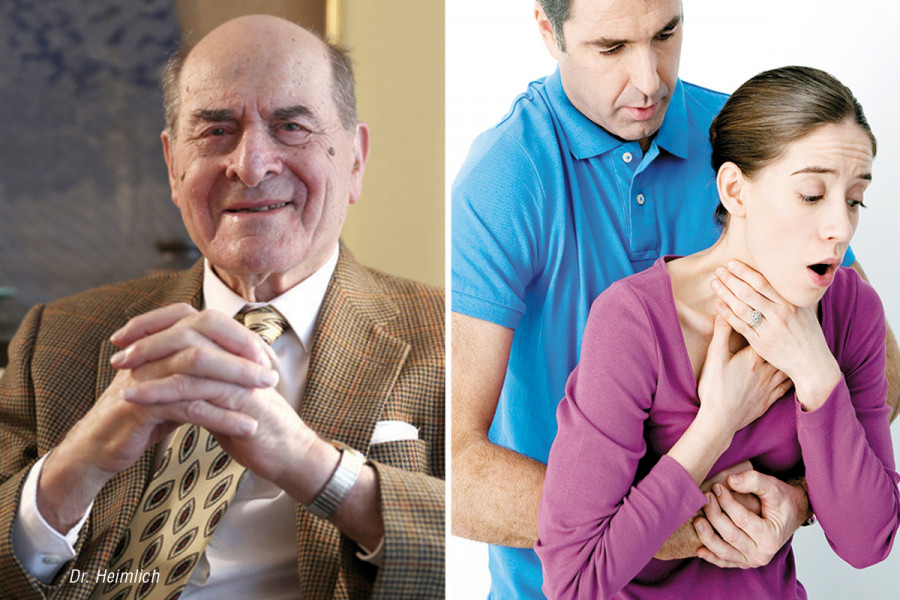 A life-saving procedure that anyone can do... even its inventor!

I want to receive new articles by email
Heimlich comes to the rescue
By Jerry Brownstein
When a women began to choke while having dinner at a restaurant in Ohio (US), a man from a nearby table jumped up and saved her by applying the famous Heimlich Manoeuvre. What makes this story such a twist of fate is that the man who saved her was a 96-year-old retired surgeon named... Henry Heimlich... the doctor who invented this procedure 40 years ago! Though the manoeuvre bears his name, Dr Heimlich had never performed it on someone choking – until now.
Before he created this method in the 1970s, choking was a major cause of death. After reading about thousands of incidents, Heimlich decided to develop a fast-acting way to help. "I set about researching a better way, thinking perhaps I could make use of the air trapped in the chest to propel the object out of the trachea." Heimlich found that if he pushed just below the ribcage, food lodged in the throat would pop out, and he demonstrated this bear-hug, upward-thrusting motion on volunteers across the country. Thousands of lives have been saved throughout the world by this simple procedure... and now its inventor has used it as well.