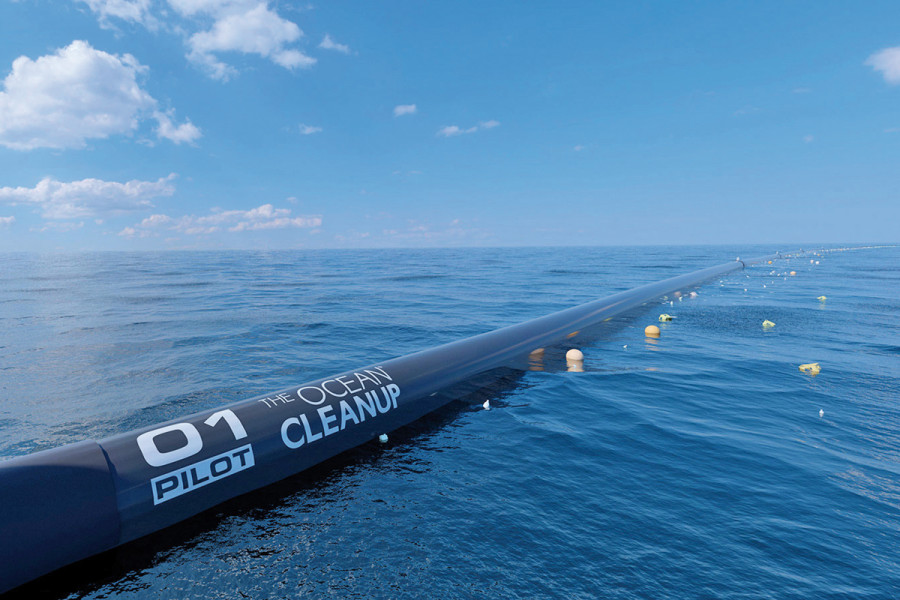 I want to receive new articles by email
Ocean plastic cleaner
By Michelle Robertson
A huge clean-up machine is heading on a mission to start collecting the estimated 1.8 trillion pieces of plastic that are floating in the Pacific Ocean halfway between California and Hawaii. With around 79,000 tons of plastic to tackle in the area now known as the Great Pacific Garbage Patch, the incredible Ocean Cleanup system uses a combination of huge floating nets (called “screens”) held in place by giant tubes which are designed to suck stubborn waste out of the water. Once this happens the debris is then transferred to large ships which take it to shore for recycling.
How it works is that 60 giant floating scoops, each stretching 1.6 km from end to end, will be laid out in the giant garbage zone which covers a staggering 160 million hectares! Fish will be able to avoid the screens by passing underneath them. The project was created by Dutch prodigy Boyan Slat, who started it up with two million euros that he raised through crowdfunding. This was followed by millions more brought in by other investors. Boyan boldly states: “The cleanup of the world’s oceans is just around the corner. Due to our attitude of ‘testing to learn’ I am confident that – with our expert partners – we will succeed in our mission.” It is hoped that similar initiatives will be put into place in the oceans’ four other large garbage patches. These circular currents, known as gyres, are located in the South Pacific, the Indian Ocean and two in the Atlantic Ocean.