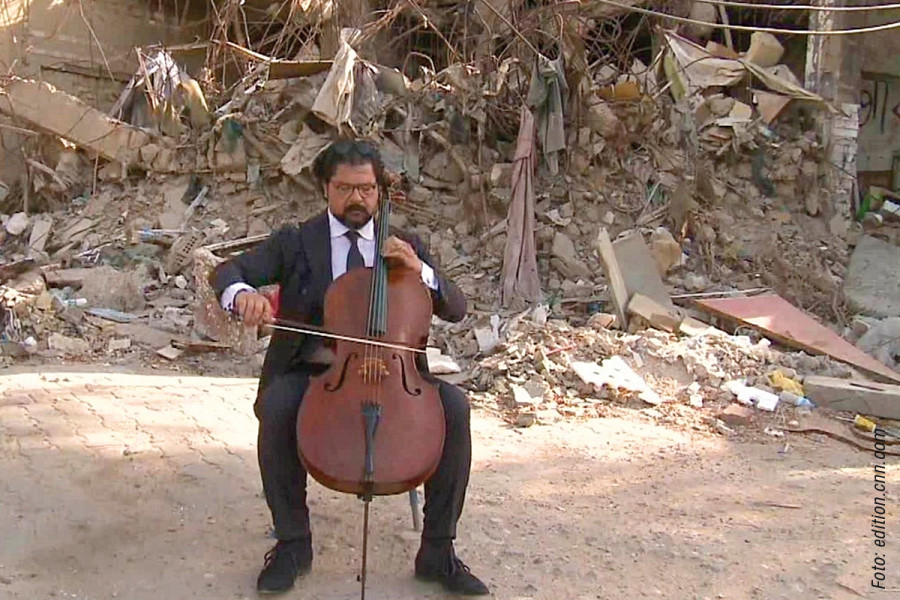 I want to receive new articles by email
Dissolving violence with music
By María Vila Rebolo
Some people may not believe that music can properly combat terror, but Karim Wasfi, the renowned conductor of the Iraqi National Symphony Orchestra, is proving otherwise. When car bombs shook the population of Baghdad, Karim played his cello the very next day at the site of the explosions, to show resilience against terrorism. Images and video clips of the man some simply call "maestro" quickly went viral - not only on Iraqi social media, but further abroad. His aim is to show that music and culture are very important in times of turmoil, as they give people reasons to focus on how they want to live - not how they might die. He seeks to balance the ugliness and insanity of violence with beauty and creativity.

After Wasfi’s instinctive performance earned him international renown, he created the Centre for Creativity & Peace through Arts. It is an organization that joins young people from diverse ethnic backgrounds to come together and play music for the general public. The goal of the centre is to create and sustain peace through music and mutual education… drowning out intimidation and fear with a flood of positive culture. His approach seems to be working. Several of his groups are performing regularly around the city, and recently a group of militiamen decided to give up their weapons in response to the work of these young musicians.