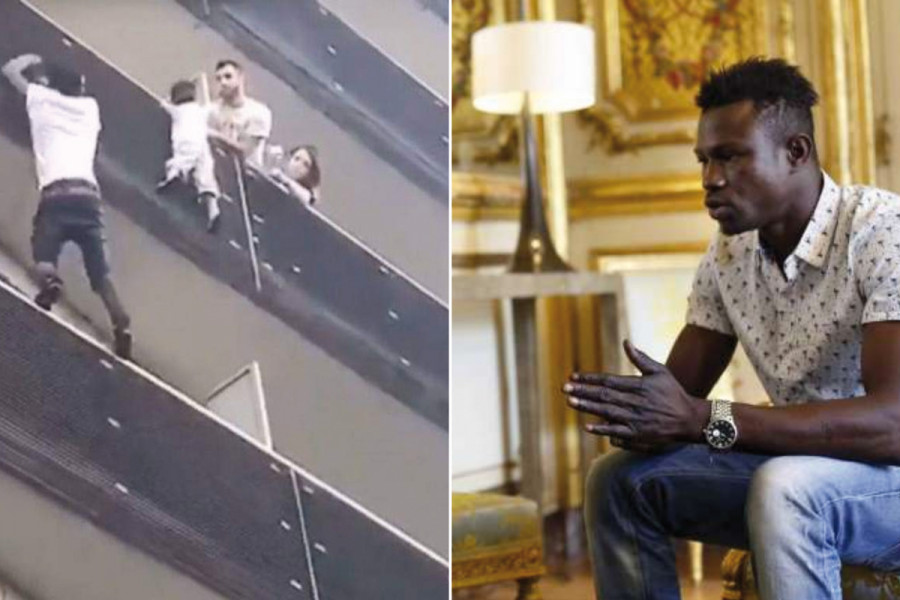 Brave refugee risks his life to save a child.

I want to receive new articles by email
Spiderman to the rescue in Paris!
By Jerry Brownstein
As an undocumented migrant in France, Mamoudou Gassama knew it was best to not draw attention to himself, but when he spotted a young child dangling from the balcony of a fourth-floor Paris flat he felt he had to act. In that split second Gassama, 22, did not think of himself or the threat of discovery and deportation back to Mali. Instead, in an extraordinary feat of strength and bravery that has earned him the nickname “Le Spider-Man”, he pulled himself up from balcony to balcony, before lifting the crying four-year-old to safety.

Video of his heroic act went viral and Gassama soon found himself sitting with President Emmanuel Macron at the Élysée Palace. He is one of the country’s many migrants sans papiers (without papers), who have no official access to housing or jobs, and no right to remain in France. But that all changed as Macron gave him documents allowing him to stay, and a fast-track process to gain French nationality. He was also offered a job with the Paris sapeurs pompiers, the city’s fire and emergency services department. The President also gave him a medal declaring the French Republic’s gratitude for his act of “bravery and devotion”.

Gassama described seeing the child hanging on to the balcony railing at around 8:00pm, and said that he had acted without thinking. “There were people shouting and honking their horns. I didn’t think of anything, I ran across the road directly to save him. Thank God I saved him.” He only realised what he had done after he hauled the child to safety. “When I got inside the flat my legs suddenly went wobbly; I was in shock.” President Macron’s reaction to this breathless description was only one word: “Bravo!”