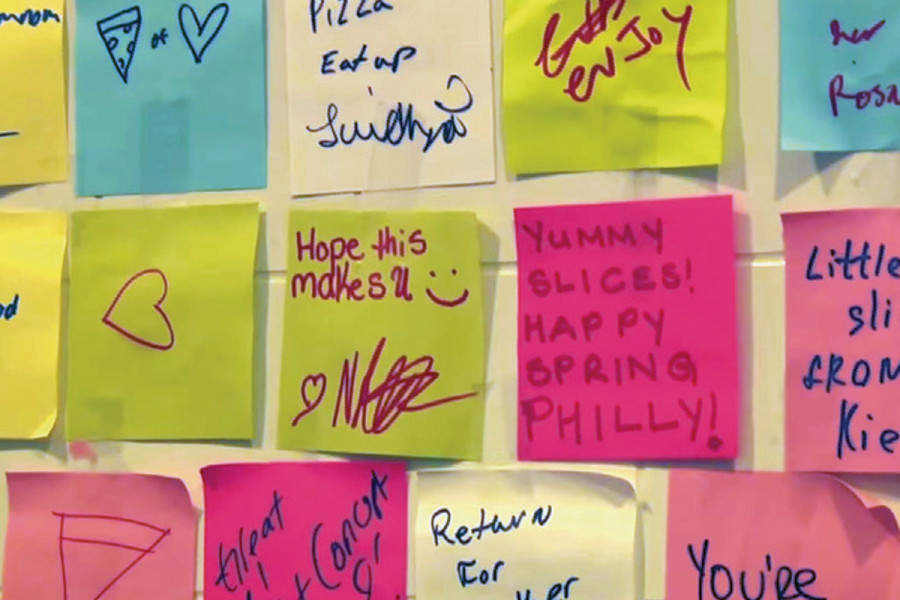 A wave of generosity spreads through Philadlephia.

I want to receive new articles by email
The project 'Pay it Forward' changes a city
By Michelle Robertson
People in the US city of Philadelphia have shown great generosity with the success of a ‘pay it forward’ scheme to feed their fellow citizens. Rosa’s Pizza gives its customers the opportunity to pre-pay for a slice of pizza that will be given free to those less fortunate. In less than a year this initiative has provided over 30,000 meals for poverty stricken and homeless people.

The idea started with just one customer who left an extra dollar with a Post-it note saying to “use it to buy a slice of pizza for the next person who can’t afford to eat”. Many customers who saw this note posted on the wall decided to do the same thing. One result was that the walls of the restaurant became filled with brightly coloured Post-its bearing kind messages and positive comments.

Social media helped to make this even more successful, because the practice became so popular that it was written up for a story on the Facebook site ‘Upworthy’.  According to Mason Wartman, the owner of Rosa’s Pizza, "In the months since our story was posted on Upworthy the business is both making more money and helping way more people than ever  before." The uptick in business means Wartman needs more employees, and true to their pay-it-forward spirit, Rosa's is hiring through agencies that connect homeless folks with jobs. Another ripple effect of this story is that it has brought the community a lot closer together, and has even helped to reduce petty crime thanks to the fact some people no longer have to steal to get food.