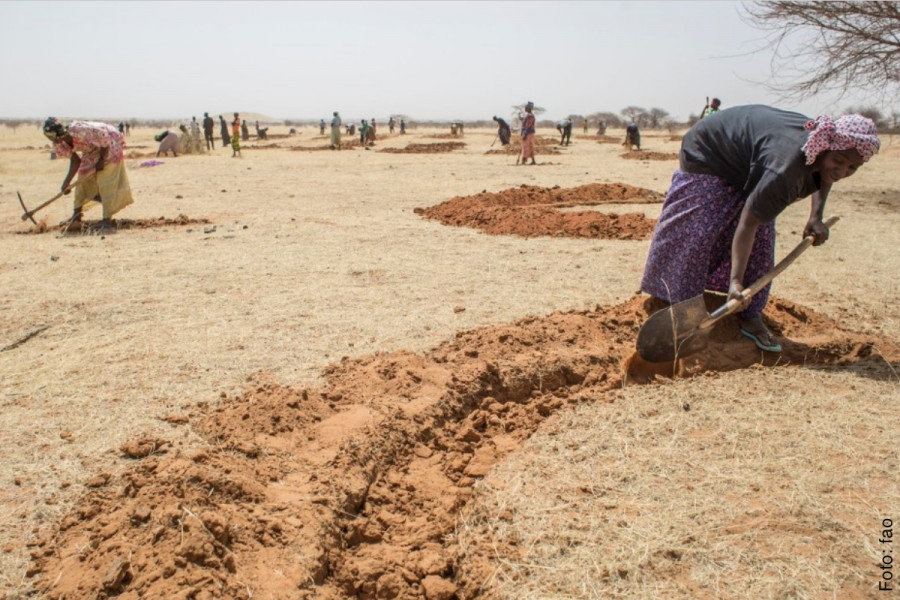 I want to receive new articles by email
Making the desert green
By María V. R.
The African country of Burkina Faso had been suffering severe droughts since the middle of the 20th century, and by 1980 desertification of the land had caused widespread famine. That was the year that a simple farmer named Yacouba Sawadogo decided that he was going to do something about it. He had little help, and most people said he was crazy, but he started to plant trees in this desert. I have used the traditional local planting technique called 'Zai'. It consists of digging holes at regular intervals, between 20 and 30 centimeters deep, and filling them with compost. The hole allows precious rainwater to be retained, and the amount of fertilizer needed is also reduced. Mr Sawadogo has worked tirelessly for almost 40 years and the results are stunning.

He has managed to transform over 40 hectares of arid soil into a lush forest that is home to 60 different species of trees and shrubs. Those who called him crazy now praise him as "the man who stopped the desert," and the World Resources Institute has awarded him the Right Livelihood Award - also known as the Alternative Nobel Prize. In accepting that honor he said: “This award allows me to persevere in my efforts to protect the forests and wildlife. I hope that it inspires and encourages others to regenerate their lands for the benefit of nature and future generations. ”