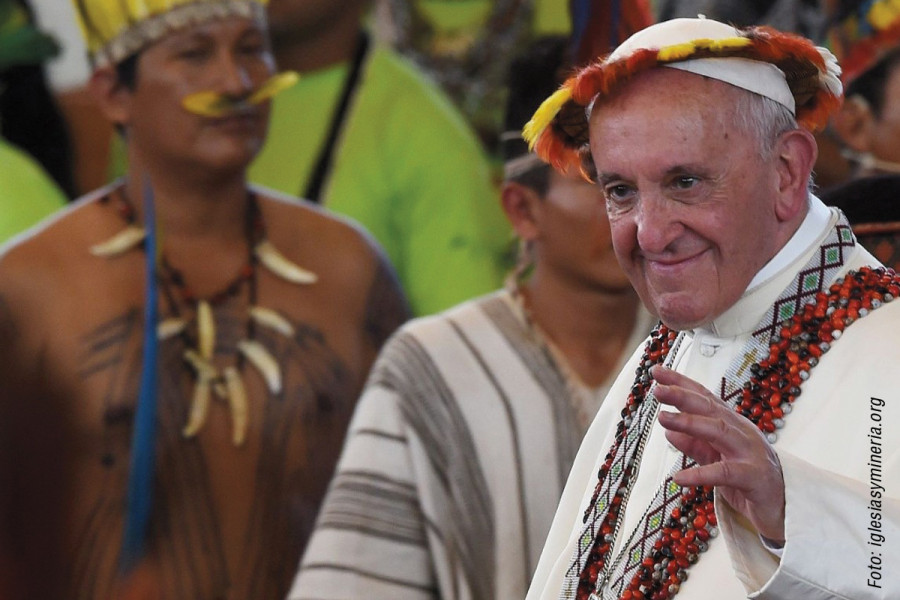 Standing for the rights of vulnerable populations

I want to receive new articles by email
The Pope supports indigenous people
By Michelle Robertson
Pope Francis has voiced his support for native people who are trying to protect their lands from being violated for solely economic purposes. He spoke with numerous representatives at the third Indigenous Peoples’ Forum held by the UN in Rome. After those consultations the Pope said that he believed the central issue was “how to reconcile the right to development, both social and cultural, with the protection of the particular characteristics of indigenous peoples and their territories.” He concluded by saying that nothing should happen on their lands without their permission.

These sentiments echoed the feelings of much of the international community who are calling for treaties with indigenous people that are ‘FPIC’:  Free, Prior and with Informed Consent. Pope Francis also urged us to think about how we care for the planet in general by saying: “We should resist new technologies which destroy the earth, destroy the environment, disrupt ecological balance and ignore the wisdom of native people.”